skip to main | skip to sidebar

Kites rise above the divisions in Gaza

Children flying kites in the Gaza Strip
Kites rise above the divisions in Gaza
Mohammed Omer, The Electronic Intifada, 16 June 2008
I thought of the suggestion of children playing today and found this online. Thoughts and images are a powerful thing. It reminded me of the art project where I had the children draw pictures of "What Peace Means to You" ... for Mahmoud in Gaza, it is flying his kite with his friend, Abdullah on the Egypt side of the wall. For the day they play and have fun trying to capture each others kites in the sky.
Posted by TheOracle at 12:22 AM No comments:

KEY HISTORICAL EVENTS
A Palestinian artist paints a mural marking the anniversary of the Nakba in the Jabalya refugee camp in the northern Gaza strip, 15 May 2006. (Wesam Saleh/MaanImages)
Posted by TheOracle at 11:54 PM No comments:

The Death March from Lydda 1948

Israeli soldiers moved into Lydda on 11th July, 1948. 19 000 Palestinians lived in Lydda but its population had been swollen by refugees from Jaffa and from outlying villages to about 40 000.

Palestinians taken prisoner were executed in the Dahmash Mosque The people were forced to leave the town, usually without most of their belongings. Some who were slow to hand over valuables to the Israeli soldiers were killed.

This was during a very hot summer. Temperatures reached 40 degrees centigrade. The refugees were short of water. It was three days before they reached safety near Ramallah. By then at least 350 had died of thirst or exhaustion.
Leicestershire Holy Land Appeal
Posted by TheOracle at 11:43 PM No comments:

Posted by TheOracle at 11:37 PM No comments:

This blog has moved to our new site

This blog has moved to the Olympia-Rafah Mural Project's new site:

If you are a contributor to this blog, you should have received an e-mail with new login information. Please post to the new blog instead of here.
Posted by Chris Allert at 2:05 AM No comments: 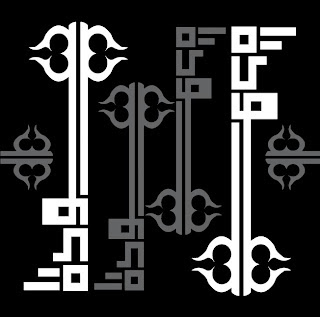 by Fayeq Oweis, Ph.D.
http://www.oweis.com/art.html
The Palestinian house key with 'Al-Awda' (the return)
written in Arabic calligraphy
Posted by TheOracle at 3:20 AM No comments:

Here are some striking images that I found today... 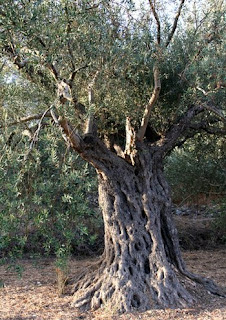 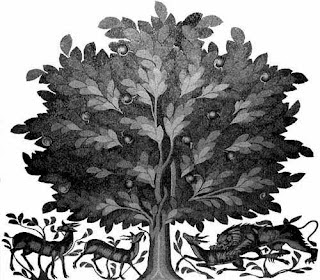 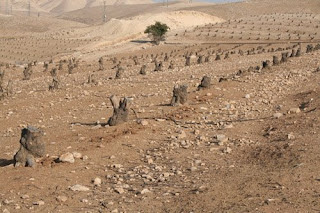 Suba (Arabic: صوبا‎) was an Arab village west of Jerusalem that was depopulated and destroyed in 1948. The site of the village lies on the summit of a conical hill called Tel Tzuba (Hebrew: תל צובה‎), or Jabal Suba, rising 769 metres above sea level, and it was built on the ruins of a Crusader castle.

The village square, which was based on Belmont Castle's courtyard, with surviving medieval structures adapted and rebuilt as domestic buildings and a mosque.
Posted by TheOracle at 1:50 AM No comments:

The Olympia-Rafah Mural Project is a people’s recognition of the sister city relationship that exists between the city of , and the city of , . Through the creation of collaborative public murals, we will express our desire for Palestinian self-determination, which is rooted in honoring the common struggles for justice faced by people everywhere. By upholding human rights for all, we seek to break down barriers to understanding, increase visibility for Palestinian people, encourage imagination, embrace the hope of Rachel Corrie, and bring people together in one voice for change.